The sequel to the hilarious fencing battle game hit Nintendo Switch last month, we were a little late to the party to get a copy for review, but nonetheless we got to play it and it has to be said, we certainly enjoyed what we’ve played.

Developed by Messhof, Nidhogg returns its duelling fighting madness with a very much improved visual overhaul and it’s finally arrived on Nintendo Switch.

So what do you do?

It’s rather simple really, battle your way to the end of the level. Shoot, stomp, slice or stab your opponent who will be doing the same in return to get to the other end of the level looking for a victory.

To progress to the end of the level you must battle your opponent. Each time you kill him or her they disappear for a few seconds before re-spawning. This is your moment to dash as far through the level uncontested as you can.

It’s rather hilarious and one of the best ways to summarise how the game plays is simply 1 step forwards, 2 steps backwards. It’s exactly how it feels when trying to progress through the levels for victory. But it is so addictive and down right funny.

Actually quite a lot. The original Nidhogg was very simple all around. Two-button game-play with standard and somewhat basic visuals. That did not hamper the fun whatsoever mind. But with Nidhogg 2 Messhof have added additional maps, new weapons and of course as is apparent a lovely visual overhaul.

There are now daggers, bow an arrows as well as old faithful fencing sword. Upon first play through I was surprised when playing the ice level to find I was equipped with a dagger. It was initially a difficult transition to make. While quicker, the range wasn’t there. But eventually it clicks.

The single player arcade mode is entertaining for what it is. 10 levels of different styled locations such as an air fortress or dungeon or ice world. As it is dubbed as arcade, it plays very much like the old school arcade styles in where if you quit your game, your progress is gone and you start back from level one again. It’s this that spurs you on to continue playing.

The game as mentioned has had a really good visual overhaul. It still maintains it’s retro appeal but has improved to slightly newer retro… if that makes sense. Either way it looks great, and the added gore of a kill is a pretty neat touch. Seeing the ghosts of your dead opponent too and the remaining blood splats where his body was as you go back and forth through the level are all really good little touches.

I have to admit, it took me a while to figure out picking up weapons after they are dropped, and even longer to work out how to throw weapons, but once you’ve got the button combos learned it’s really still very simple to play.

It continues to be a very fast and frantic paced battle game, which is a good thing.

The game begins in multiplayer though. It is so frustrating but in an absolutely incredible way. There is so much shouting and screeching and the re-spawn wait in multiplayer feels so much longer than in arcade mode. This is truly what Nidhogg 2 is about.

+ Lots of new weapons and levels gives it a real sequel feel
+ The visual overhaul is also awesome
+ It’s fun on single player, but shines so bright in multiplayer.

– Single player while fun, can become a tad repetitive.

Fun, just incredibly funny game. The addition of new weapons is welcome for the most part, the new look is also awesome. The multiplayer and as I mentioned one step forwards, two steps backwards game-play is both parts hilarious and frustrating. And when I say frustrating, it’s not a bad thing, the frustration is often shared between players as they see they’re progress of completing the level dwindle from a silly death and waiting on that re-spawn. It’s just incredible fun.

Arcade mode is a good addition, but can’t capture attention for hours where as playing multiplayer you’ll not have believed how much time has passed.

The price is actually a tad steep I feel if you were only playing single player, but as a local party game or online game (if you can find anyone on the Switch version) the price kind of seems more justifiable. 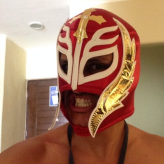