The Escapists: The Walking Dead Coming to PS4

Some great news was posted to the official PlayStation blog yesterday. Team17’s Escapist series latest addition The Walking Dead is making it’s way over to PS4 in February.

Hey PlayStation.Blog readers! We hope everyone had a great holiday. Here at Team17, we’ve got a lot of exciting games coming to PS4 in 2016 — the first of which I’m here to tell you about today is the awesome The Escapists The Walking Dead! 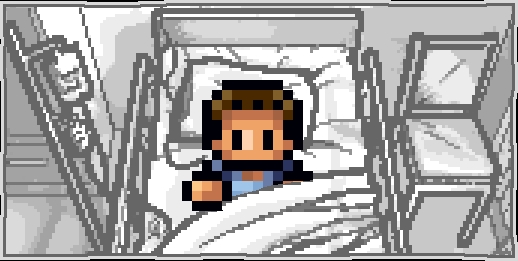 Yes, that’s right — we’ve taken our breakout hit The Escapists and merged it with the well-loved universe that is Robert Kirkman’s The Walking Dead comic series. We’ve taken the very best of both worlds and lovingly recreated comic panels, dialogue, and the story of the award-winning comic series within the charming 8-bit style of The Escapists.

Starting the game, you’ll take on the role of iconic protagonist Rick Grimes as he wakes up in the Harrison Memorial Hospital. This first tutorial level matches that very first issue of The Walking Dead comic, and sees Rick encounter his first walkers in the hospital. The levels will then follow the timeline of the comics, seeing Rick travel to various locations such as the Greene Family Farm, Meriwether Correctional Facility, Woodbury, and Alexandria. In fact, our game spans right up to around issue 83 of the comic!

You’ll get to meet other familiar characters from the hit series along the way including Carl, Lori, Glenn, Hershel, Maggie, Dale, Tyreese, Michonne, Abraham, and Gabriel. As Rick, you must take care of your survivors by performing headcounts, and cleaning up the compound to avoid getting overrun with walkers. 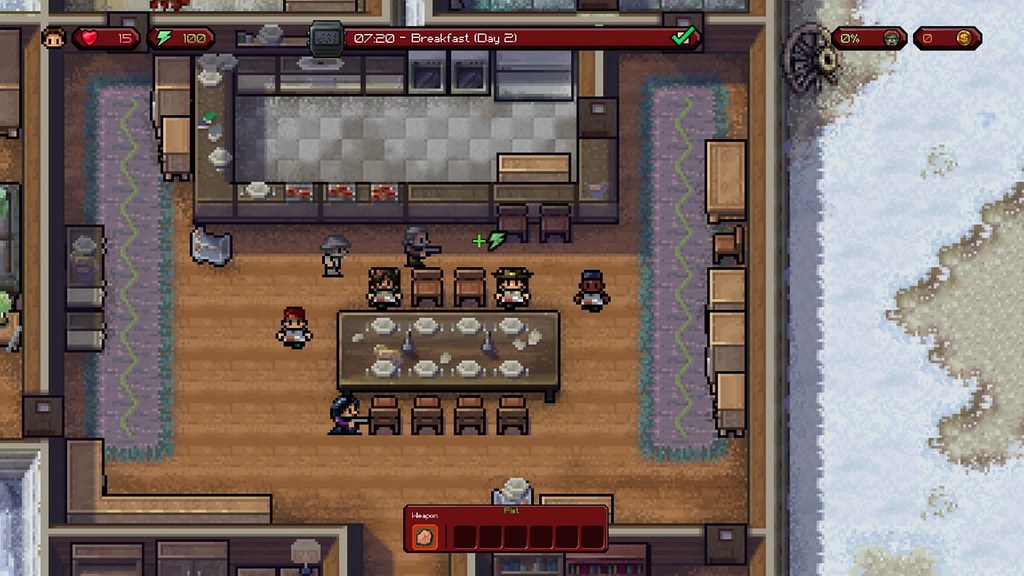 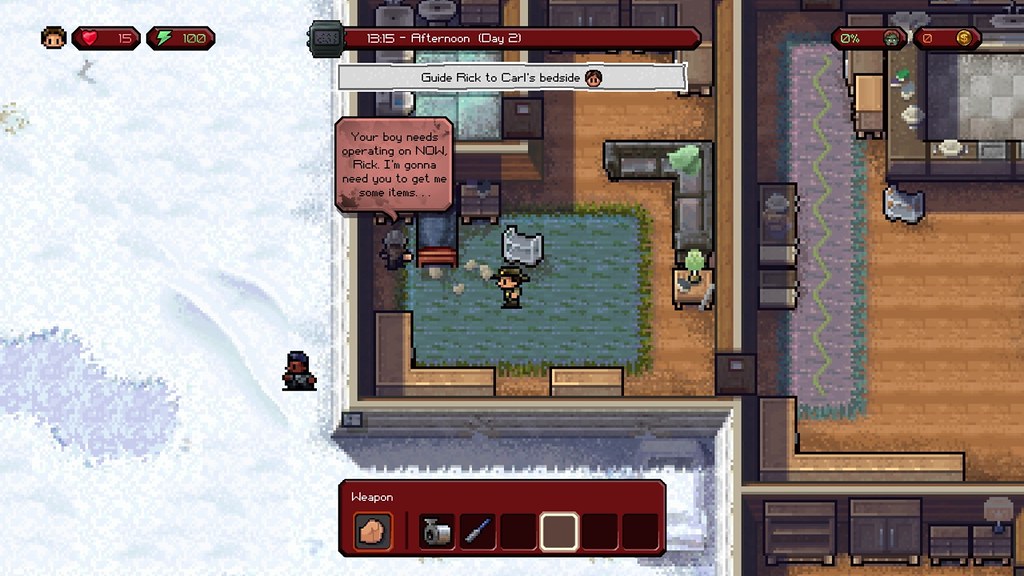 Fans of The Escapists will be glad to know crafting is still a big part of the game. Choosing from over 250 materials, you’ll be able to craft more than 70 different items to keep your survivors safe including tools like cutters and shovels, and weapons such as the modified pistol and rifle.

We’ve absolutely loved teaming up with Skybound Entertainment on this and we can’t wait to see you on the leaderboards when The Escapists The Walking Dead launches for PS4 on February 16th.

Really glad that this will make it’s way to PlayStation 4.