Seafall is a Legacy game that’s played across multiple sessions and every time you play new rules can be introduced, cards can be torn up and thrown away, you can write on the board and a number of new elements can be introduced along the way – the game evolves as you play.

This is going to be the story of our play through from Prologue to completion. Each post will document the events of one session and will contain spoilers for the game, so if you don’t want to know what is hidden in the game or how it can pan out, it’s probably best to stop reading.

The prologue game has already taken place and you can read the events of that here.

Objective – Target glory of 11, first player to reach it, wins.

What came before was nothing but a false dawn, the leaders of the five provinces lost to sea, their fates unknown but we can assume that we will never see them again. 15 years have passed since they disappeared, enough time for new leaders to rise to prominence. A new age has begun and peace has been left in the past.

The new leaders are eager for their vessels to take on the seas and any other challenges that come their way.

However, the province of Kickassia remain hidden away, still planning for the future ahead, maybe they know something the others do not, or maybe they just need more time to recover from their loss. Their ships sit in port lying in wait as they ponder who their new leader might be.

In the early days Hyrule, now ruled by Daphnes Nohansen focused on exploring and gaining valuable resources in hopes to upgrade their fleet and province.

Rhapsody now rules over Serendair and has her eyes set on the finest treasures for her vaults, but needs gold to acquire them.

Kali Lasagne now rules over The Blood Coast. She has focused her efforts on creating the fastest ship in the seas.

As the first year came to an end and a new winter approached each of the provinces were making slow and steady moves across the seas each gathering resources to use for trade to secure improvements to both their fleets and provinces. Whilst also hiring advisors for their council rooms.

Rhapsody was hell bent on acquiring a treasure room to rival anyone, and soon got her wish. In celebration of her new found glory the province of Serendair held a lavish banquet with enough food and wine for a weeks’ worth of festivities. The nobles gathered as planned. The food was perfect. The musicians were worth the coin they charged. Rhapsody could see immediately that they had moved into a new status with the guests. They were now one of them. Their greedy eyes took in their Serendair’s new life, brought to them from goods beyond the sea, and Rhapsody realised that they might have a place in their world after all. 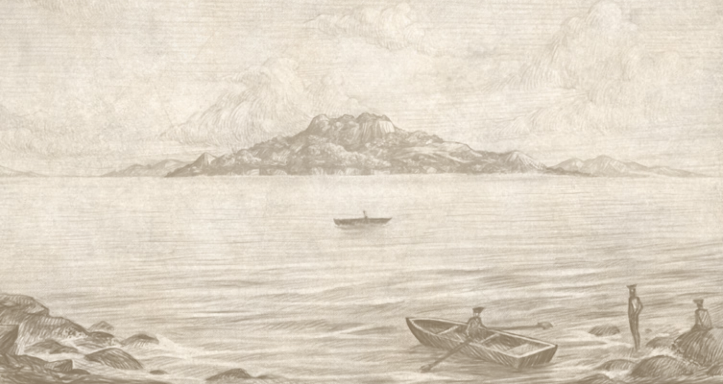 It wasn’t long before the fleets of the Blood Coast wanted more. They gathered in numbers with the island of Zora in reach and took on a daring raid of a treacherous site to exploit the resources from the area. But they were too confident, and their information on the island wasn’t sufficient enough.

As the Blood Lust sailed in close looking for somewhere to anchor they were ambushed by locals who called the island home. Caught off guard and unprepared for the onslaught that followed, the ship took damage from the small boats that surrounded them. The hull was breached and the damage done to the Blood Lust held devastating consequences as it began to sink off the coast of Zora. The Sea Cucumber could do nothing but watch as the attack was so swift and effective. It would be sometime before they were ready to sail again.

With the winter approaching once again it was the province of Trenwith and new leader Pastie Crust that made strides in the search of gory. Exploration is the order of the day and the fleet set out to find new worlds and what they hide. A few months after the second winter a letter is received with the words An Island Revealed written upon them.

‘I write this letter with haste.It may be the last you hear from me. We did achieve the goal of scaling the very highest summits of the island you sent us to. What we found there was, upon initial discovery, interesting but not historical. But I fear we may have missed something deeper and I am debating returning in the morning to search again. You shall know soon whether I was a fool or a sage.’

Only a day or two later another letter arrived.

‘M’lord. I write to tell you that I have found some of your crew wandering the shores of the island, far from their ship and whispering nonsense. It is unclear what happened to them as all they whisper is “We are watched. Arados is among us.” again and again. I am chaining them in my hold and returning them to you when I am upon the mainland. Perhaps you can avail what afflicts them.’

Pastie Crust made further gains by financing a number of upgrades to both the Province of Trenwith and the fleet, in the end this was enough to gain noticeable glory. Just before the a new winter approached Pastie had made a huge impact on the fight to become Empress. It was time for the other provinces to take stock and rethink their strategies.