I think it’s fair to say that at EGX Rezzed this year, we were pretty spoilt for the amount of great games to play, Tokyo 42 is one of them!

Inspired by the original GTA and Syndicate games, Tokyo 42 is an action game with an isometric view that can be rotated to reveal all areas of the map.

You’re story starts when you find out you’ve been framed for a murder you didn’t commit, you are then drawn in to a world of assassination where you must hunt down your targets and take them out using any means available to you. There will be stealth and sneaking, big explosions, bullet physics, platforming sections with jumping around and air control and…cats!?

I sat down to play the game for around 25 minutes after chatting with Paul from the games publisher Mode 7 Games.

From the very start you can’t help but notice that Tokyo 42 is a striking game with its stunning interpretation of a futuristic Tokyo; it draws you in with its clean, slick, and colourful visuals and pulled back viewpoint. The opening scenes see you running from the police as they try to storm your apartment, you must make you way across roof tops jumping from building to building whilst rotating the camera to help reveal your escape route or to access areas that may seem out of reach from one angle.

During my play time I took on a couple of assassination targets that involved me making my way to parts of the map to collect a weapon to use against my target and then tracking them down – I got to use a pistol, a sniper rifle and some grenades, all felt like a lot of fun to use.

For one of my targets I had to access a terminal to get information on them in a busy open square where lots of people went about their day to day activities, I then had to make my way up to a weapons store and buy myself a sniper rifle. To reach the store I had to climb to the top of a building, to do this I needed to jump across to window boxes and balconies. The routes you need to take won’t be view-able to you from one angle, and this is where the camera rotation comes in to play as you’re able to get a 360 view of the exterior of buildings and this will reveal the right paths. Once atop the building with my sniper rifle now in my hands, I needed to venture to my vantage point to carry out the execution, again this required more platforming, although nothing to challenging. Using the rifle you’re able to pan around your environment a lot more than when using the pistol – as you might expect, this allows you to basically zoom to your target, once located I took the shot and the job was done! 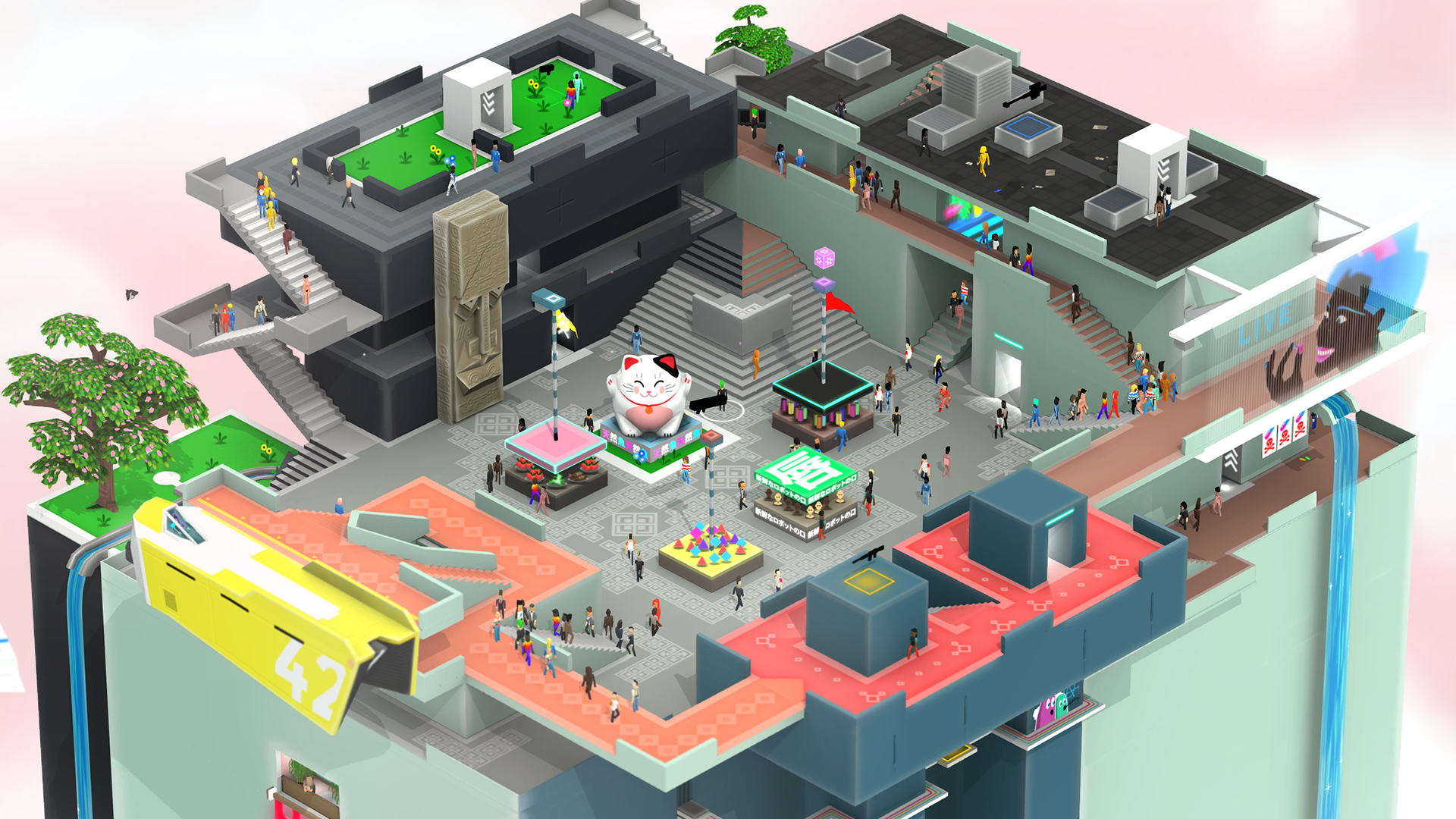 Everything I saw from Tokyo 42 was good, the setting, the visuals, the gameplay it all felt very polished and enjoyable. Seeing as the game has basically been designed and made by two guys from SMAC Games, it’s very impressive.

As well as the open world single player portion of the game, there will also be competitive multiplayer that will work kind of like a cat and mouse type game mode where the players will be hiding in plain sight and the other will have to hunt them down and take them out. Think along the lines of Watch Dogs where you can infiltrate other player’s games. If you haven’t played that then basically player’s will look a bit like a civilian trying to blend in and they will have to eliminate one another.

Tokyo 42 doesn’t have a set release date yet, but I was told it wasn’t too far away, maybe a couple of months and it will be coming to PC, PS4 and Xbox One. Personally I think this game has potential to be excellent, so if it isn’t on your radar yet, put it there!

Bardagi: The Claim for Gold - Review