Queen Himiko has tasked every builder in the kingdom with a prestigious mission: build the capital of Yamataï and make it the jewel of the archipelago. 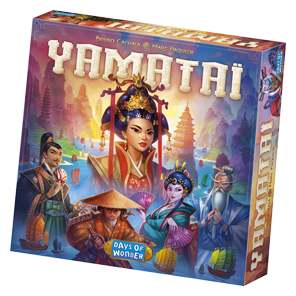 Yamatai pits you against up to 3 other players in a bid to try to win the most prestige points by building palaces, torii, and their own buildings.

For me Yamatai feels like a classic Days of Wonder game, it looks really nice, is presented well and feels good quality, it’s simple enough to learn and it plays well too.

At a glance a players round works as follows:-

At the beginning of a round each player will choose a fleet tile each tile offers different bonuses and determines the turn order for that round. The higher the number the better the bonus, but the lower your turn order. I really like this way of playing rounds it’s a nice way to mix things up and keeps you on your toes. Trying to play the longer game by getting better resources and taking your turns later on might give your opponents and opportunity to swoop in and mess up your plans. 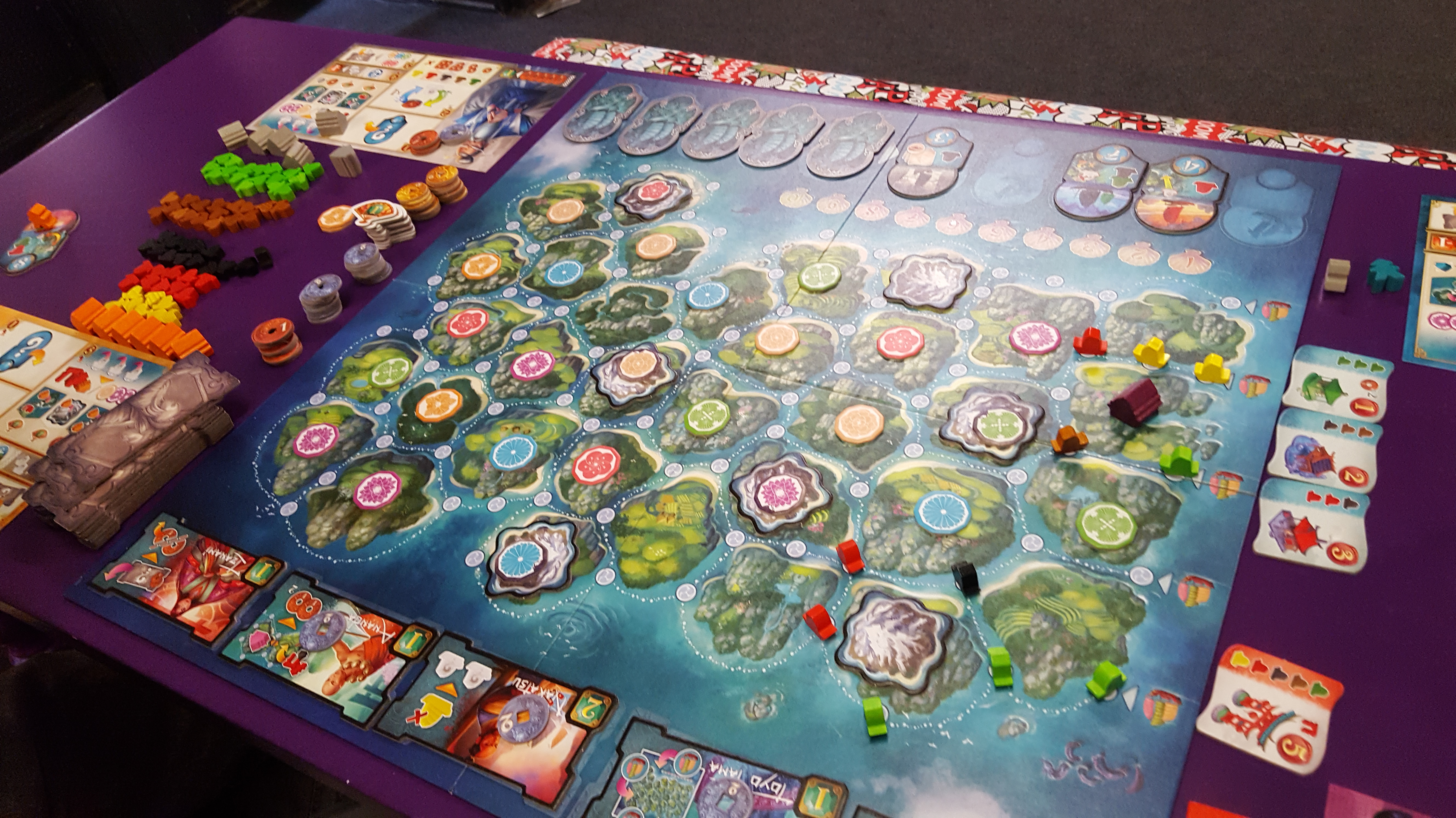 You can then choose to trade ships in for a price as you may need a specific colour ship in order to make the play you need.

Then it’s a case of placing ships along routes, you must either place a ship on a starting space along the edge, or on an empty space next to a ship of the same colour. But once you’ve placed your first ship you can place another of any other colour – you may need to do this in order to build on an island.

In order to build you must place a line of ships around an island that match the colour combination shown on one of the building tiles face up on the board. This is where going earlier in a round could benefit you as you could have the ships to quickly complete a line and place a building to net you some prestige points. You can also build Torii and Palaces in the same manner, these constructions will take you longer but will get you more points, as you might expect…

Each island also has culture token placed on them at the start of the game, these can be claimed when you first ‘visit’ them and can then be used to spend on specialists. There are a total of 15 specialists each with their own fantastically drawn tile and each one will provide you with bonuses to basically help you try to win. You can have as many as you want, and they can be used multiple times. Each round that they are on display they will also have coins added to them, meaning when you finally buy them you can get a nice sum on money as a bonus too.

One of the things I like most about Yamatai is actually the art and design of the game.  Everything has been drawn and painted to a brilliant standard and the bright colours and striking style really do look fantastic. All the components also feel really good quality too, with the boats and buildings being wooden and everything else being made from good sturdy feeling card board.

The gameplay feels very solid as you might expect from a Days of Wonder game. It’s simple enough to pick up but can offer a fair amount of depth in play to keep things interesting for a number of sessions.

My only real question with it is whether it will offer veterans enough to be interesting enough and worth the investment. I don’t think Yamatai does anything particularly new or revolutionary and I think a few people may feel like they’ve ‘seen it all before’. That doesn’t mean it’s a bad game though, in fact I think it’s good and whilst it’s not necessarily doing much different, what it does do, it executes well. It just might be more suited to a group who have a gap in their collection for a competitive resource management and building game. I’d happily play Yamatai a lot more and would feel confident when introducing it to others that they would enjoy it too.