Hearthstone, originally Hearthstone: Heroes of Warcraft, is a free-to-play online collectible card video game developed and published by Blizzard Entertainment. Hearthstone builds upon the existing lore of the Warcraft series by using the same classes, characters, and spells which a great nod to the franchise. You can play against random people online, your friends or take on solo adventures with lots of different win conditions.

I have to admit the main reason I first started playing Hearthstone was a recommendation from a friend, he mentioned it was really fun, you could play on your own and more importantly, it was free to play. Being a long time World of Warcraft player the nostalgia was enough to feed my curiosity so I thought I would give it a shot, it was free so I had nothing to lose after all.

4 years, thousands of games and countless hours later it’s safe to say I’m still hooked, Blizzard has a fantastic knack of sucking players in and keeping them in their pockets for years, I mean I’ve been subbed to Wow for the last 10 years on and off so they must be doing something right or I have low key Stockholm syndrome, I’m not sure.

This being said I am by no means a hardcore Hearthstone player, and what I mean by hardcore is I don’t hit legend ranked status and I certainly don’t make a living from opening new card packs on twitch (wouldn’t that be nice?). Nevertheless, I play pretty much every day for at least 1hr, doing daily quests and the weekly event. Addicted? Quite possibly. On the fast track to Blizzcon? Not Likely.

Why it’s so bloody popular?

I found this to be because of the following reasons:

4) It’s available to play on mobile.

6) I’m learning more about the world of Warcraft through the jokes written on cards than from the side quests of WoW.

Now while the game itself is free, you do have the option of buying new packs with real money.  Things like Microtransactions aren’t unusual for games these days, especially games on mobile, truthfully I kind of expect it these days. There is lots of criticism that Hearthstone is a play to win game, and while that is somewhat true, I have never felt that I am gated by my wallet, you can also buy packs with the in-game gold you make from quests so this has never been an issue for me. NEXT!

When I hear there is a new expansion coming out I start farming in-game gold, logging in daily to do the quests. Much like World of Warcraft, the grind is all too real, but with daily quests encouraging playing different decks, classes and trying out the new features I find this keeps the game fresh and doesn’t feel like a chore. I can normally save around 1500 gold from when the expansion is announced to when it’s released which buys 15 packs (100 Gold PP). 5 cards in each, not bad for a handful of quests every day.

Rastakhan, king of the Zandalari, ruler of the great troll empire, is calling on trolls from all over Azeroth: come witness the greatest contest of skill, strength, and cunning the world has ever seen. You best bring your finest deck and your boldest plays when you join the rumble. The winner takes all; the loser? Finished.

If you’ve played the new World of Warcraft expansion Battle for Azeroth you’ll know the focus is around King Rastakhan and the troll empire. I had recently watched Black Panther and there were LOTS of similarities, so quite naturally felt like I was questing in Wakanda. Pretty sure that was intentional, you’re not fooling anyone Blizzard, they even voiced trolls shouting ‘Zandalar Forever!’ Bit lazy, but it’s super cool so I don’t care.

This is the first Hearthstone expansion that has been close to the WOW storyline in terms of timeline, the previous expansions have come way after the WOW expansion, Knights of the Frozen Throne was released nearly 10 years after the Wrath of the Lich King expansion which recently celebrated it’s 10 year anniversary. Crazy.

Each Hearthstone expansion has captured the essence of it’s Wow counterpart brilliantly so I am very excited to see how they handle the trolls and the Loa (a godlike spirit). I had a lot of fun playing the Wow expansion primarily because of the stories of these Loa and the power they have over the trolls. Bwomsamdi quickly became a fan favorite, the Loa of the dead is set to be a legendary priest card, there is no information yet what the power will be but I’ve got a good feeling it will be spectacular.

The new keyword – Overkill. Deal excess damage on your turn for a bonus effect.

Spirits are 0/3 minions with stealth for 1 turn. They are very theme dependent and are resilient. There is a spirit for every class

Loas are awesome legendaries. Shirvallah, the Tiger is what it means to be a Paladin. Spirits and Loas work really well together!

Every team also has a legendary troll champion!

Here all the Rumble Teams (I’m getting excited just hearing the names):

Blizzard always nail the marketing behind any release and this has been no different, the mechanics seem really well thought of and I’m already planning synergies for decks, the artwork is fantastic and the rumble teams are adding a whole new dimension to play styles.

No surprise the cinematic from Blizzard is also outstanding, watch the trailer below to see the Troll empire in all its glory, it’s safe to say I’m very excited about this one. I will be in New Zealand when the game is released but you can guarantee I will be finding some internet from somewhere to get my hands on it.

The expansion is set to release on December 4, 2018, so get farming that gold for new shiny packs! 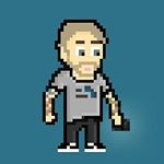