Let’s talk about Overwatch! Before its release I was fairly interested in it, I thought it looked good fun and Blizzard have a good track record. I wasn’t entirely sure what to expect from it, mainly because I hadn’t really researched much about it. I then played the open beta on Xbox One, for some reason I was less than enamoured by it. I don’t really know what it was, it just didn’t seem to grab me – maybe I just didn’t sink enough hours in to it.

Then when it released my entire PC group got it, so I took a punt on it. Since then I’ve never looked back, I’ve loved every minute of it and as of now, it’s my favourite game of the year.

When I first started playing I was initially drawn to Genji – he looked cool I guess, and Hanzo – ditto, probably… I also had an affinity with Mercy and Reinhardt. Plus I wanted to be able to play as a hero in each class.

Now that I’ve played a lot longer and have had ample time to try out almost all the characters properly I’ve moved on from Hanzo and to a point Mercy as well. With Hanzo I think I just didn’t feel that effective with him. As for Mercy, well, she’s been replaced by Lucio.

I just want to talk about Lucio for a minute. I wasn’t too keen on him to start, I don’t know why though because now he’s one of my favourite heroes. I feel like he’s capable of so much more than support. Obviously he has his gun, whilst it doesn’t do loads of damage, it can still take people out and provide you with a little bit of offensive support, The alternative fire though, is a blast to use, *booping* people off the edge of maps is probably one of the most satisfying things, not only that though, it’s also good for breaking up crowds a little bit and giving you that extra second to either make an escape or cease an opportunity. 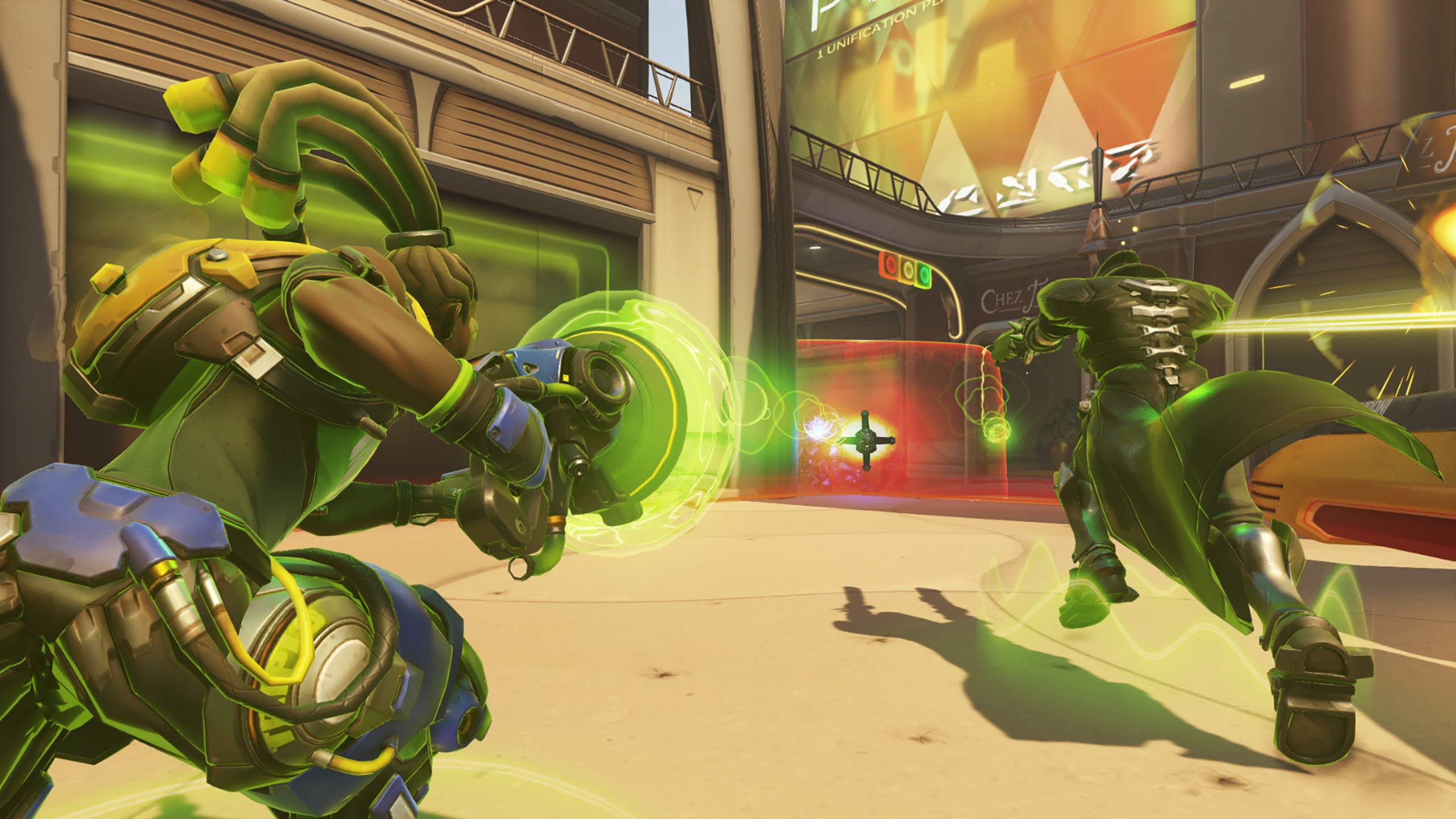 But I also find that he’s actually fairly good at harassing too – something normally left to the likes of Tracer or Genji. His quick movement and mobility (wall riding) allows him to get in the back lines sometimes and cause a bit of mayhem, couple that with his ability to heal himself he can actually hold his own fairly well in the right hands.

However, it’s the use of his ‘Amp it up’ Speed boost, that grants 110% movement speed that really gives him an edge. He is a beast at moving the payload when you apply the speed boost. I’ve cruised through matches at an unbelievable rate due to this and I love it. I will now usually get the gold medal in matches when using Lucio for objective time simply because I stick near it and when I see an opportunity I will boost it along. I’m sure a lot of you will already do this or know about it, but if you don’t, or just don’t really do it, seriously DO! It’s great.

I’m still yet to gain a rank in Overwatch from competitive matches mainly because I don’t like the idea of solo queuing and when my friends are online we’ve been playing other games at the moment. I think as of right now I’ve played six matches one won three, so not too bad. I don’t know what that will mean in terms of ranking though.

Competitive matches still need some tweaks to happen and that is understandable. Right now the sudden death aspect doesn’t really feel right for me. Some maps seem to have an advantage for one team whether it be attack or defend and meaning that if you fall on the other side of that after the random coin flip decides what team does what, you can be at a disadvantage and come out losing. I believe Blizzard did say they were looking at it, but I don’t know what a solution would be right now – maybe a random King of The Hill map?

What I love about Overwatch is that there really does seem to be something for every one. Ben over at 1001up recently spoke about how he’s found becoming a healer to be extremely satisfying.

Maybe you’re not the best at FPS games, or maybe you feel like a lot of players have a better reaction time. Well, some heroes don’t need that. Take Symmetra for example, whilst classed as support, she most definitely is more defense and she can be hugely effective when used correctly. Her primary weapon locks on to targets with a beam when you’re close enough, you  can set up turret traps and provide your team with shields. She’s great fun to play and can actually have a huge impact on the the team by racking up kills with both the turrets – which you can deploy 6 of, and your primary.

I really do think that you can find a class that fits your play style, it’s just a case of trying them out.

The teamwork aspect of Overwatch is something that I both love and loath. I love it because if you have a team that wants to work together and communicates well you can steamroll the opposition. But some times you just have players who want to do their own thing. Some times your team is crying out for a specific hero but someone stubbornly sticks with what they have. It’s at these times that I start to loath the game a little bit. Thankfully, in my experience this seems to be a minority thing and most players will try to work together to win.

Finally I’d just like to mention the detail that has gone in to the game, the heroes back stories and everything else. It’s pretty amazing. I bet some of you didn’t know that on the Numbani map, if you’re attacking, you’re actually escorting Doomfist’s Glove to it’s exhibit in the Museum.

I bought Overwatch on a bit of a whim, but I’m so glad that I did because it’s an excellent game that has such a high level of polish on it. It’s also one of the smoothest game launches I’ve seen in years, I don’t recall any server issues to date. I’d seriously recommend you to give it a try if you haven’t already.