Details for the giveaway are at the bottom of the page

Remember when everyone loved Dr Kawashima’s Brain Training came out on the Nintendo DS!? It was a revolution in some people’s minds. People of all ages played and loved it. Well Cortex kind of feels like the table top equivalent in terms of training your brain. 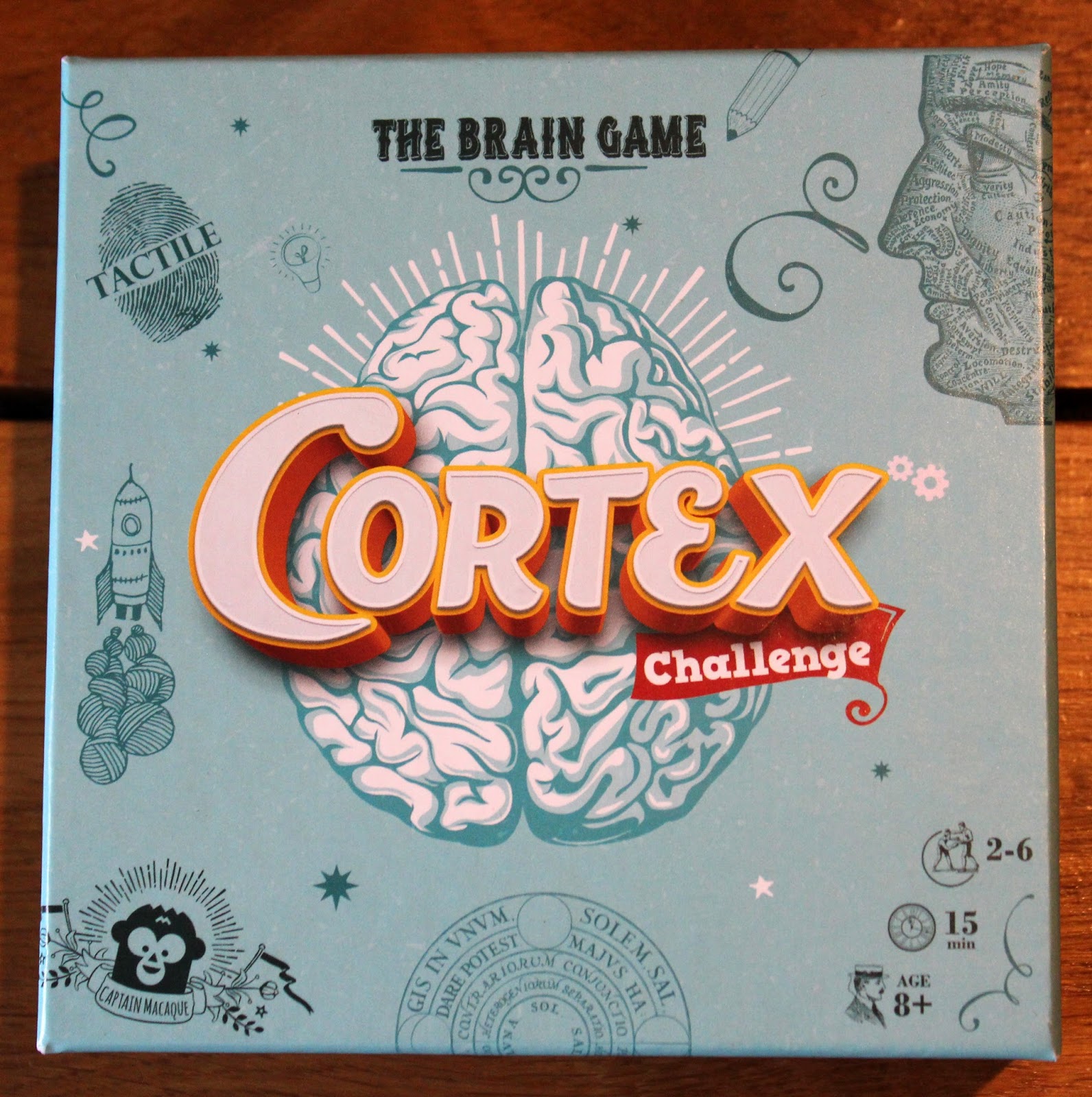 The aim of Cortex is simple; compete against others in a series of mini games that will test your memory, your reactions and your awareness. Every time you win a round you hold on to the card of the game you just won. The mini games are divided in to groups, like a memory test where you have to name the items on the card from memory ASAP, or mazes where you have to work out which letter the centre of the maze leads to, and a numbers memory test where you have to guess the item that occurs the most on the card. When you win two of one type of card – i.e. two maze cards, you can trade that it for piece of Brain – win four pieces of brain, you win the game!

There are a total of 8 tests with the inclusion of one test being a touch test – 9 cards that are textured which you get to have a good feel of before the game starts, then if you come across the symbol for these cards whilst playing, an opponent player will get to pick one of the texture cards for you to then guess only by feeling it – no peeking! It’s a nice little addition that mixes things up a little bit as you don’t normally get something like this in a board game or card game.

All the cards are shuffled and stacked in the middle of the table; you then take it in turns to flip a card over, with the youngest player starting the game.

Bar guessing the textured card you’ll be playing against everyone else at the same time, so as soon as you think you know the answer once the card has been flipped over and shown to everyone, you have to cover it up with your hand and then say what you think the answer is. Get it right and the card is yours, get it wrong and you have to sit out the next round.

What I found from playing was that I was really good at some of the games, but terrible at others, which probably has some scientific meaning but I have no idea what that would be. But it was still interesting to see.  For example I seemed to be really good at figuring out the mazes, but terrible when it came to guessing names of colours that were written in the same colour – so ‘blue’ coloured in blue.

The design of Cortex is great, the cards feel robust and it all comes packaged up in a nice little box – easy for taking away on holiday to play on those rainy days, which is exactly what I did.

It’s a great little game and if you’re a fan of games like Dobble and Fruit Salad you’re sure to enjoy Cortex!

Track down your own copy of Cortex using the store locator here. Or enter our prize draw (details below) and you might win yourself a copy! 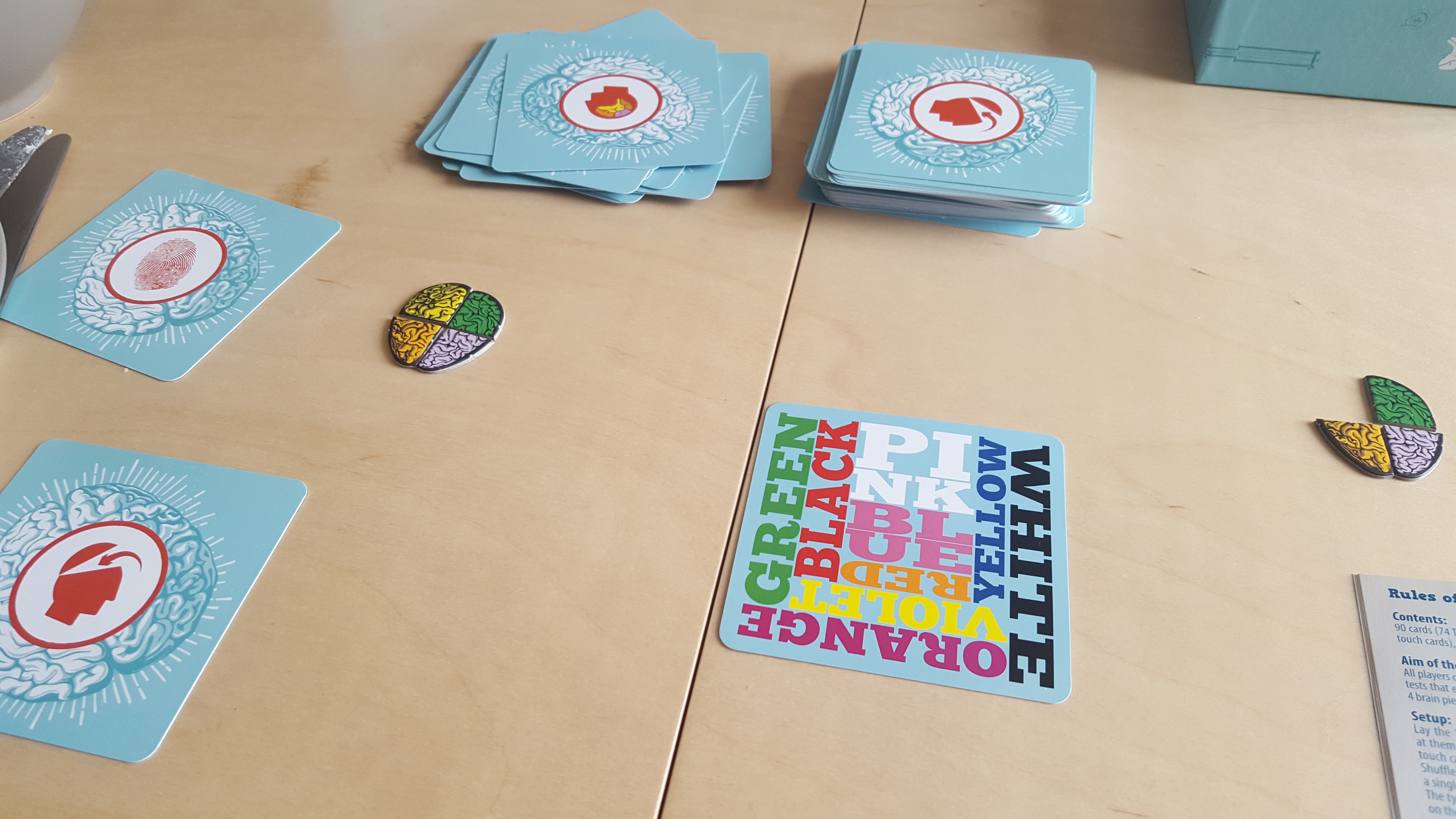 Thanks to Esdevium Games, we’ve got a copy of Cortex to give away to someone very lucky. This competition is UK only though. All you need to do to be in with a chance of winning is let us know what your favourite board game is. That’s it. You can tell us on Facebook, Twitter, here, where ever, just as long as we’re aware of the comment! Just tell us something along the lines of “My favourite board game is….” you’ll then be entered in to our prize pool!

The competition closes 16th September 2016 with the winner being announced in our Geekly Review the following Monday – don’t worry, we’ll get in touch with you too if you’ve won!

Good luck to all those who enter!

Of Kings and Men Q&A

One To Watch - Horizon Chase