Can you build your province up from nothing and lead them to glory? In Seafall you need to explore islands, discover their secrets, build up your province and ships and gain glory by any means possible. Seafall is a Legacy game built from the ground up. Unlike Pandemic Legacy and Risk Legacy that were boardgames before having the legacy editions made, Seafall has been specifically designed as a legacy game. Just in case you aren’t familiar with the concept it basically means that the game is designed to be played across a number of sessions like a campaign and during that time new rules can be added, new game mechanics can be introduced or you might need to write on the boards or tear up cards. The story evolves and changes every time you play and I have to say that with Seafall being my first legacy game I was super excited to get to playing it!

As the game takes place across multiple sessions this will be a review in progress and I will update a few things as I go long, but now that I’ve had a chance to play a few games I think I can start to form my opinions on the game. This review will also remain a SPOILER FREE ZONE! 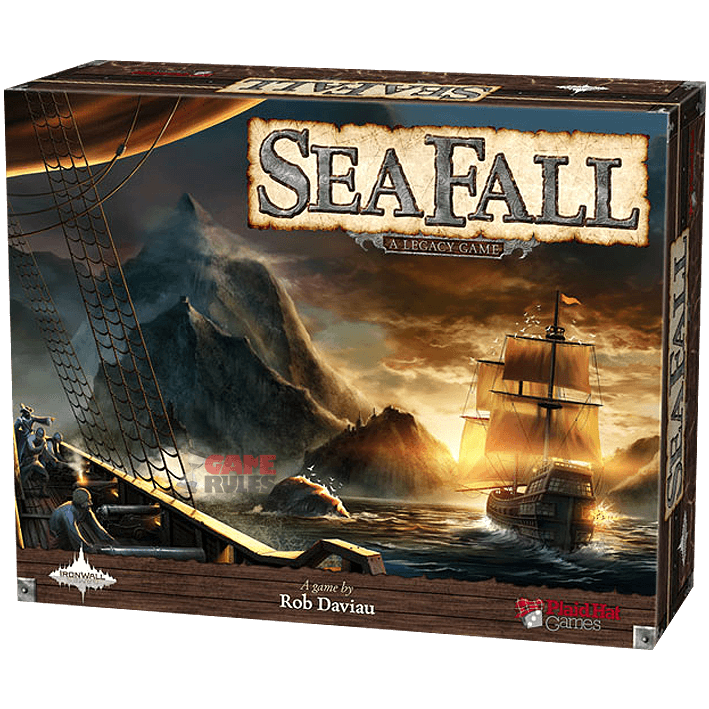 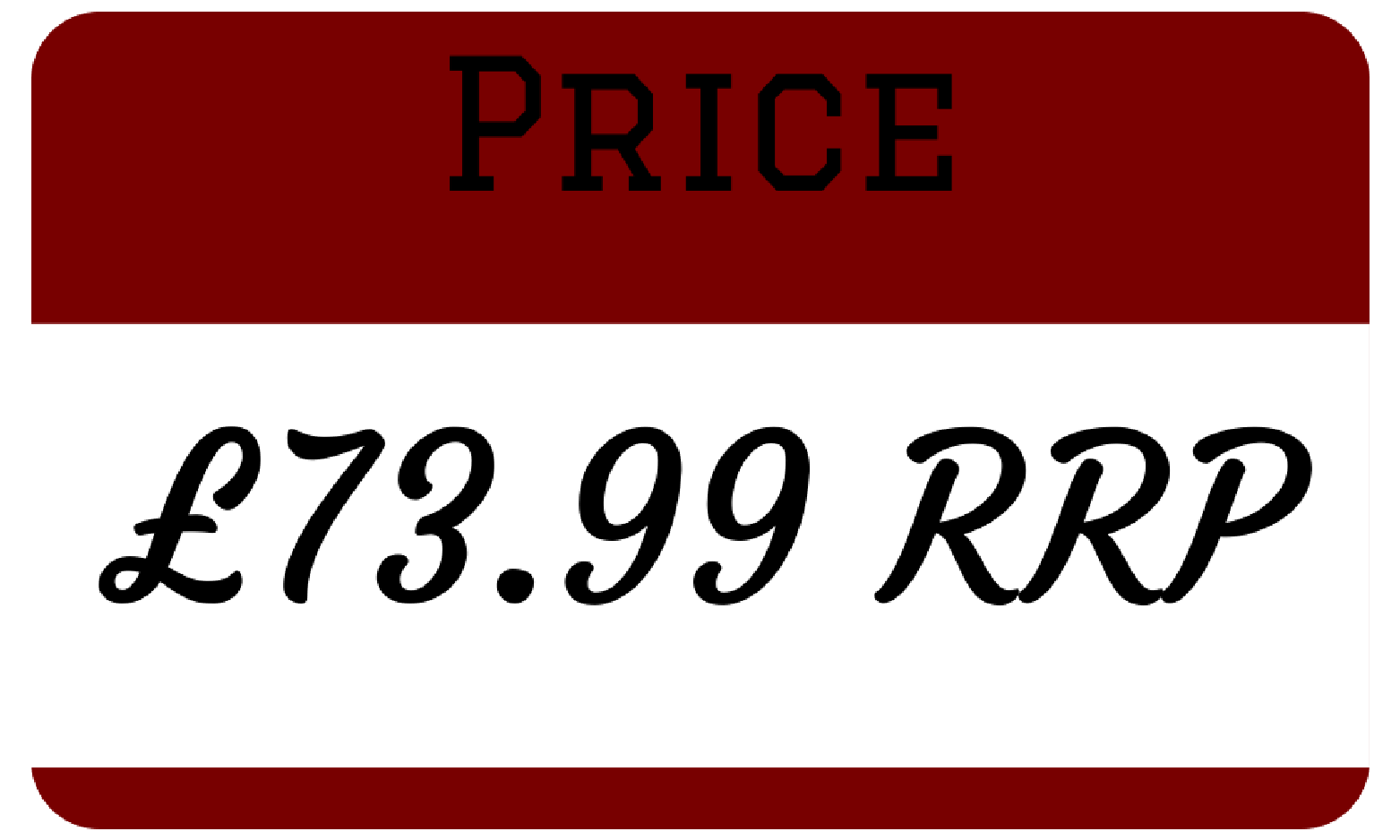 Let’s get things clear right from the off, there is quite a lot to learn in Seafall – the rule book is pretty long! It’s not that the mechanics are overly difficult it’s more that there are lots of little nuances that you need to remember when performing actions and taking turns. With the game featuring some fairly permanent consequences to decisions I was a little nervous about learning and explaining to others – I didn’t want to make mistakes. But you have a prologue game that you can play through that lets you get to grips with the game with pretty much no serious effects should you get something wrong. We found this extremely useful because even though I’d read the rules multiple times and watched videos I still messed up a few things and hadn’t really covered everything. By the time we got through the prologue – which took about 3 hours and a lot of rule checking, I felt comfortable with what was going on!

At the beginning of the game you will give each player control of a province, a leader for that province, and the two ships you’ll control – you can name your leader, province and ships, if you like! You then need to setup the rest of the board by placing out all the treasure items, milestones, advisor cards, damage cards, upgrade tokens on the upgrade board, and other items. Everything has it’s own place pretty clearly marked and it all looks fantastic too. There maybe a few empty areas at first – like the research cards, but they something that gets discovered later so don’t worry if you think something is missing from your box.

You’re then ready to start! Each game (and round) starts with a winter phase which consists of re-assigning the astrolabe and event deck, replacing advisors, harvesting from your fields on your province board which give gold, move enmity tokens, produce goods on islands then refresh advisors, upgrades and structures on your own province board.

Once you’ve performed these actions you will reveal an event card and then move on to the player turns. Each ‘year’ (until the next winter phase) is six turns, so each player will have 6 turns – this was one rule we got a little confused about, we’d go in to the winter phase after each player had taken 1 turn, but that was wrong…

On a players turn you can do quite a lot of things, firstly you can either hire an advisor or buy treasure – advisors will give you benefits to moving, raiding, exploring, trading etc… and treasure provides you with glory. You can then choose to activate an adivsor – if you do they will become exhausted until the winter comes around, but you don’t have to use one if you don’t think you’ll need them. You then have the option of hiring a guild which there are four of – all guilds have three actions one of which is a sail action, but they also have two specific actions for that turn, you can take two of the three actions for a specific guild.

Here is a very basic look at the actions

Buy goods (3 gold) from islands that produce them, you can buy two goods per turn unless you have an advisor that let’s you do otherwise.

Or sell goods (6 gold) at a region with the right symbol.

Build – Build one available structure at any build site you control.

Explore – Visit and explore an island site with an unexplored symbol on it. Each island has an explore ‘value’ you must create a dice pool to try and ‘defeat’ the value of that site. If you succeed you can then pick an entry from the explorers map with the matching symbol which will direct you to read from the Captains Booke. All the entries here are secret so don’t spoil anything by reading them before hand!

Research – This isn’t available at the start of the game, but when it is, you can take a research card by paying gold and then use the benefits from it.

Raid – similar to exploring except this time it’s a hostile action, you can raid resource sites, player provinces – after the prologue, and other areas as they reveal themselves as the game goes on. Raiding means you must place enmity tokens on sites you’ve raided, these basically stop you raiding the sites again this round and also make it tougher to raid at later dates as an enmity token minuses from your dice pool. Ship raiding also comes in to the game at a later date.

Collect Taxes – An easy way to make a bit of gold. 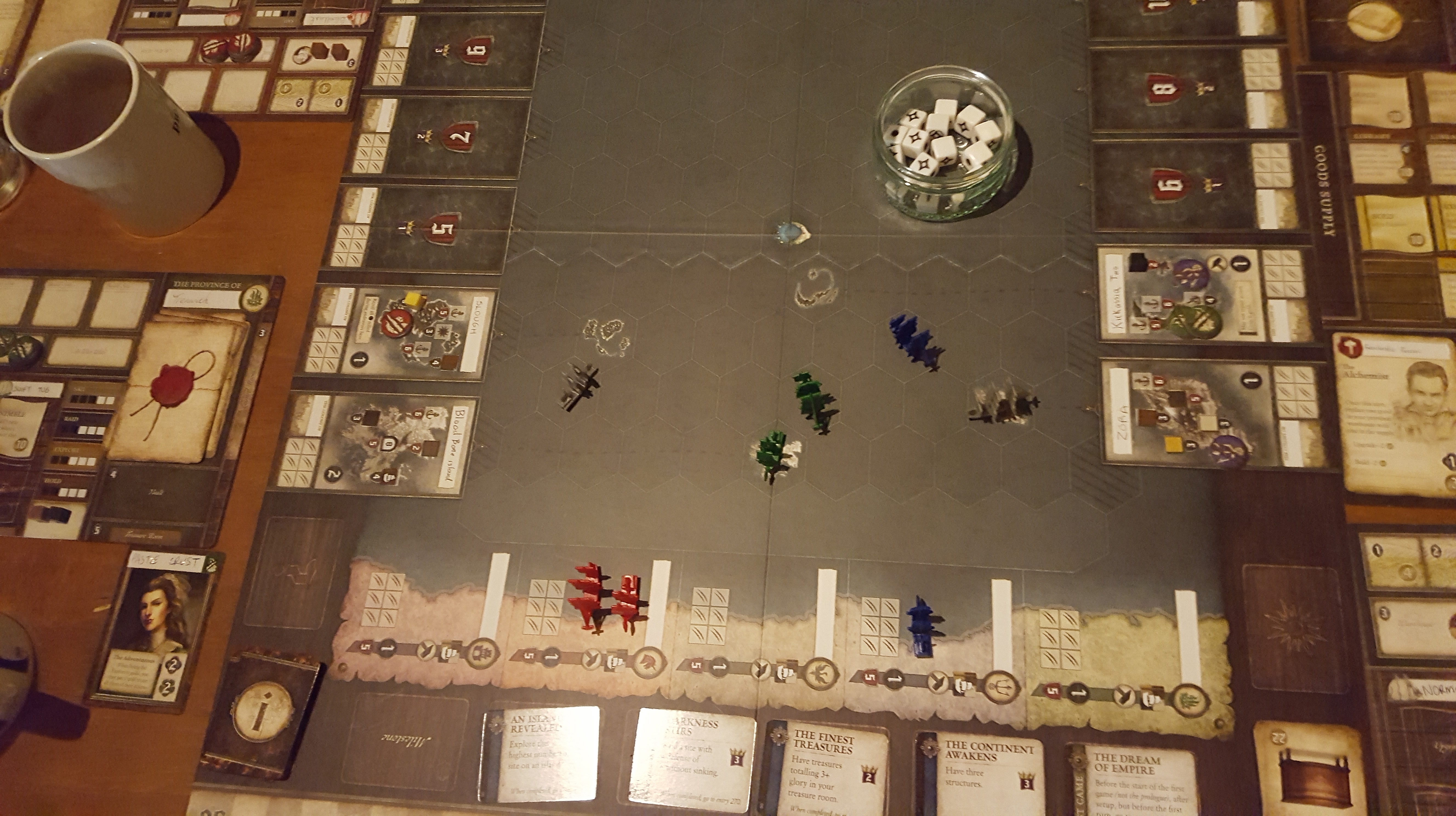 After you’ve taken your guild actions you can claim a milestone if you’ve met the condition on the card e.g. have three treasure items in your vault. Milestones usually give you extra glory and will often direct you to read a passage from the Captains Booke.

The final action is to exhaust your active advisor. So make sure if you do activate one you make the most of their benefits!

You continue play until one player has reached the glory target for that game, once they have the game ends immediately.There are a number of ‘end of game’ actions to take to, which basically amount to the winner getting to choose a bonus or improve something in their province, all players getting to upgrade ships and deciding if any permanent enmity needs to be added to locations – and remember that enmity makes raiding harder!

Our group is now a couple of games in and I have to say that so far we’ve really, really enjoyed playing. There is an element of AP (Analysis Paralysis) at times with some players, which means that others are kind of sat around waiting for their turn. This happened to me during the first game as I had clear objective in my mind so every turn I knew exactly what I was after which therefore made my turns go by very quickly, whilst others were still working on strategies. For the most part it has been ok and the game has flowed nicely.

Once thing that we’ve all loved in the sense of discovery from reading entries in the Captains Booke, we’re all hotly anticipating opening our first chest – which there are 6 of in the box waiting to be opened when instructed. These secrets and the moments when you discover them are something I’ve not really experienced in a game and I’m really loving it. I’m also enjoying having to add stickers to the board which change the game although it did feel a bit odd at first as well as tearing up a few cards, it was something I was unsure of at first, but now I kind of relish the opportunity to rip up a card.

I like the different routes you can take in the gameplay, for my first game I focused a lot on gaining treasure, which started out slowly, but I soon leapfrogged a couple of players with my total glory. I like that you can focus on exploration or trading of goods and that with the right advisors you it can give you a real edge in attaining glory. But I also like that this doesn’t necessarily carry over to every game, so one game you may focus on exploring, but the next you might work on trading.

The mixture of gameplay elements feels good too, the game is part luck with dice rolling and part management with building up your advisors and suitable upgrades, it leads to a lot of pretty deep tactical gameplay.

The presentation of the whole game is also quite stunning, there is brilliant art and design work throughout and it all feels like great quality.

Impressions from the first few games are immensely positive from me and my group I can only hope that the game can continue to grip us like this for the duration. My one criticism so far is with the way a session ends, it can end so abruptly if one player makes a good move and suddenly gains a lot of glory, this can kind of spoil your momentum and leave you feeling a little lost with what to do as you may have been working towards something and it could now be ruined.

If you’re looking to start your own adventure at sea you can track down a copy of Seafall here.

The Crow: Fire it up! Review