We’re into October, that mean’s is Spooky Month!!! Well, last year I attempted to watch 31 horror / scary films across October to participate in a 31 days of Horror Challenge. I will try to do it this year, the issue is I’m already a day behind as I didn’t watch anything on the 1st October. So tonight I’ll have to back track a few. Anyways, that aside, here’s what we’ve been up to the last week.

So a few weeks back I mentioned that I was making a start on the latest Tomb Raider as I’d figure it was time to progress through my back catalogue a bit. On Saturday afternoon I juggled the 3 games listed above. Tomb Raider I’ve progressed to what I believe is the 4th chapter ‘Soviet Installation’. While I am enjoying the game, I really want the levels to shift back to warmer climates or levels with more vegetation as these cold, snowy levels are really rather colourless and bland. Not that this makes the game less good, I just much preferred the 2nd level discovering ‘The Prophets Tomb’. As mentioned in the previous GR talking about this game, the game-play itself is very much the same as the first game from the rebooted series, trying to match Uncharted in terms of action sequences mixing taking full control of Lara with random quick time events. It’s so far shaping up to be another great adventure game, a style that I really do enjoy. So I’m looking forward to progressing more, just hoping that the levels might pick up a bit in terms of weather and climate.

Madden 18 I’ve completed the LongShot mode a while back, so have been fully focusing on the MyCareer side of it playing as a rookie quarterback for the Cleveland Browns. Well I’ve progressed through my first season with Cleveland and naturally took them to the Superbowl winning it in my first season. The AFC Championship game was against the New England Patriots and it was an absolutely barmy game. Highest scoring game I’ve played and the most points I’ve allowed in a game as a team. I unfortunately cannot remember the score as of writing this up, and didn’t get my PS4 screenshots in order to post the score, but when I do i’ll amend this to reflect the score. Let’s just say It got me pretty tense.

And lastly on Saturday morning I picked up a game I’d wanted for a while, WIPEOUT Omega Collection. I didn’t get much time on this though as I was heading out Saturday evening for some board games and was plugging time into the other 2 games above all afternoon. But what I can say is that the game is really, really fast. I picked up victories easily enough to start with on the first few races, but damn, it gets tough. The soundtrack is absolutely incredible for the game, and the visuals are striking even at the stupidly fast speeds you’re racing around a future inspired New York. Whizzing over Brooklyn Bridge at close to 500kph is pretty awesome. 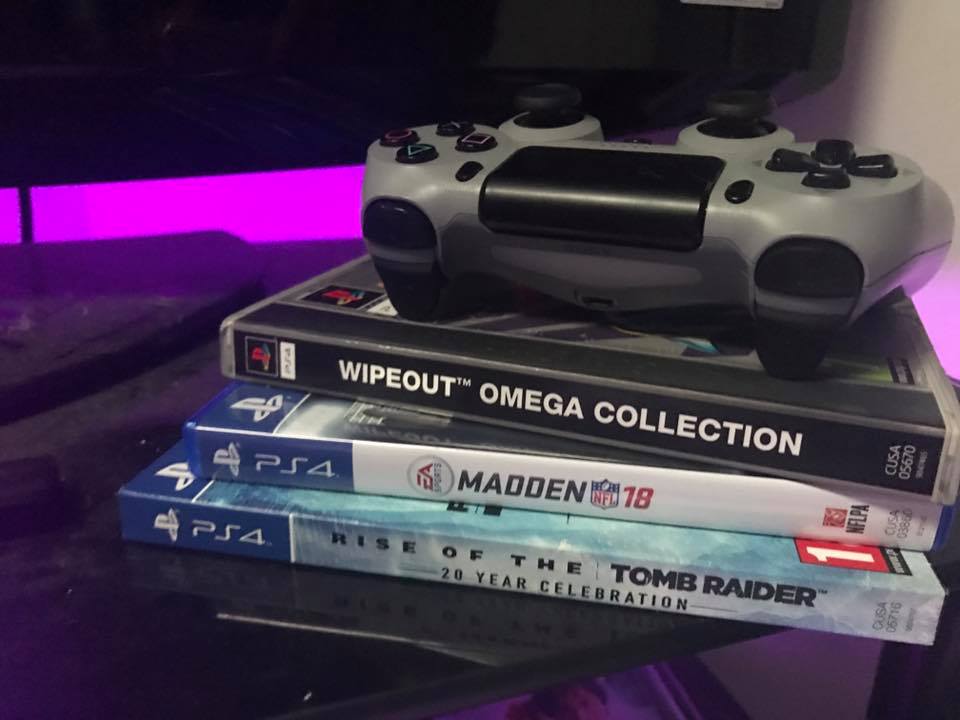 Friday 29th September was a pretty special day as it was SNES Mini launch day. My wife paid for my pre-order for a late birthday present, and at 1pm Friday I collected my SNES from Smyths. While there one chap already had 2 of them, both boxes slightly damaged, as I was collecting my SNES, he asked the chap who served me if he could swap his two, for another two with ‘Perfect boxes’. Thankfully the staff at the store told him they couldn’t in a much politer way than I would have said. So Friday evening was spent playing through a few of the gems on this little console. We played a lot of Mario Kart, in which my wife beat me quite comfortably. This was a tough pill to swallow as I do consider myself a reasonably decent Mario Kart player. A little switch over to Street Fighter 2, in which Ryu annihilated me, and then we moved onto Super Mario World. This was so funny as my wife couldn’t grasp the button holding to run faster and jump higher. There was a lot of weird noises as she was trying to make Luigi jump, especially when she got her hands on a cape and tried to fly. I moved onto Starwing only playing the first level in order to unlock Starwing 2. Then moved onto F Zero partaking in a few races there. Next onto Punchout. I didn’t dip into any of the larger games like Final Fantasy, Metroid or Zelda as I was just wanting a few quick hits of nostalgia to begin with. I plan on playing Super Metroid for the first time in my life soon.

I’ve been slowly progressing through my Marvel Best of collection. I recently finished up Daredevil Born Again, moving straight onto Ghost Rider: Road to Damnation. Well Daredevil was a very slow build and wasn’t as action packed as I’d expected, especially compared to The Punisher: Welcome Back Frank which I’d read prior to this. But what I did like about Born Again, is how menacing Wilson Fisk really is in this. Rather than go after Daredevil guns fully blazing (although that does happen), he seeks to destroy Daredevils life by attacking his true identity, Matt Murdoch. He ruins his actual life rather than his secret persona. And when that’s not enough Fisk just decides to go full gung ho and recruit a moral-less super soldier in the vein of Steve Rodgers. In fact it actually takes a cameo appearance from The Avengers to resolve the situation fully. As for Ghost Rider, I’ve never really been that interested in him, and his films have certainly not helped with regards to drumming interest. But as the character rights reverted back to Marvel in the TV and Movie world, he was added to the last season of Agents of Shield to very positive fan response, some saying that it made that season of Shield the best. So given there was a Ghost Rider comic in the collection I figured I’d give it ago. The artwork in Road to Damnation is stunning, and it starts off so random and completely unexpected. But in a good way. Actually really enjoyed what I have read of it so far, and looking forward to learning more about Johnny Blaze and his bargain with the devil himself.

Destiny 2’s Factions are back and this week everyone has been grinding for their specific faction in a bid to gain all the sweet loot each one is offering. I aligned with New Monarchy – the obviously look the best, and have been hard at work trying to gain as many faction coins as possible. It’s actually been a very successful grind for me as I’ve got all the armour apart from the Hunter cloak, which sadly was the main thing I wanted…

In Destiny 2 they have added a nice twist on factions, for the week you align to which ever one you want and then you’re stuck with them for the duration of the event, the Faction that sees the most coins accrued across all players then gets rewarded with a specific faction weapon at a much cheaper cost. I’m not actually bothered about New Monarchy’s weapon as it looks a bit pants, I just wanted the armour. Just look at it! You basically look like Iron man! 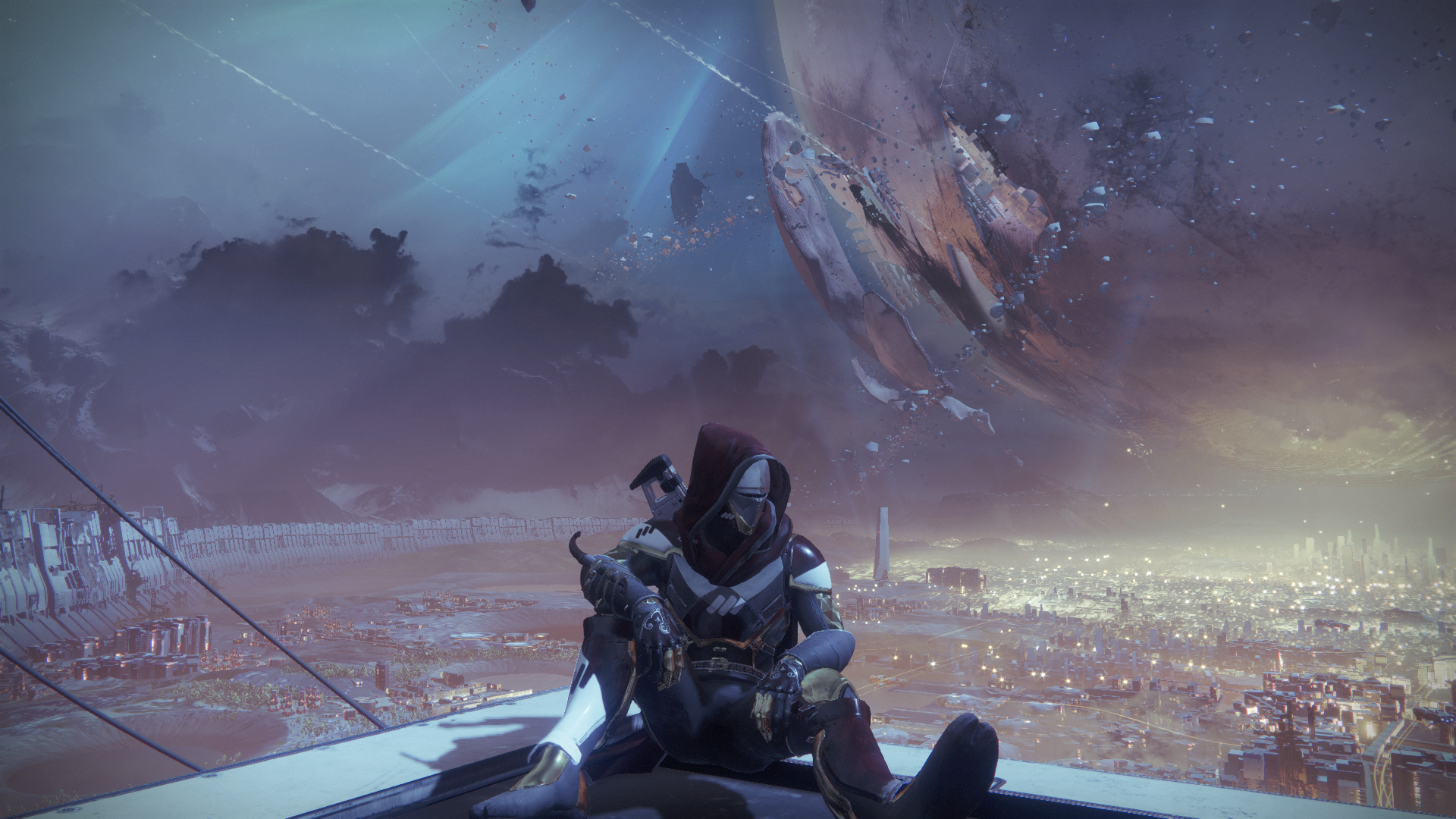 I’ve now pumped in just under 50 hours to Destiny 2 and I still haven’t done everything – although I probably could have done most of it by now if I wasn’t spending a lot of time in Patrol doing public events etc… But I’m still yet to do the Raid, a Nightfall strike and Trials of the Nine, so there’s still a lot of content left for me to play around with. Plus I’m expecting there to be another Halloween style event in October, so there will be lots to keep me busy.

Not long until the PC release too!

Apparently playing PUBG in the fog makes my squad a bit weird. We recently had a game, that was our first one in the new fog version of the map, and we just couldn’t take it seriously, but somehow we managed to do very well. I managed to record it and have uploaded it to my channel if you want to check it out, there are lots of Silent Hill jokes…

The guys who made Gunpoint are back with Heat Signature, a stealth action game where you break in to space ships and try to capture, kill or rescue people on them… depending on your mission. I’ve only played a short amount of it but already I can tell it’s a great game. It has excellent humour, good visual top down style and interesting gameplay. There’s a bunch of ways you can tackle each ship, teleporting around, using grenade launches, guns, wrenches, swords, all sorts. It’s a blast!

Each player you take control of has their own goal that they’d like to meet, once you’ve met it you can retire them and play as someone else. My first character was working towards trying to steal  plans for some cool tech, but she got captured, my new goal has come about as a result of what transpired and was something I was really impressed by. I don’t want to say what it is as it will be part of my let’s plat series and I don’t want to spoil it. The video will be going up later this week on my channel so keep your eyes there if you’d like to check it out!